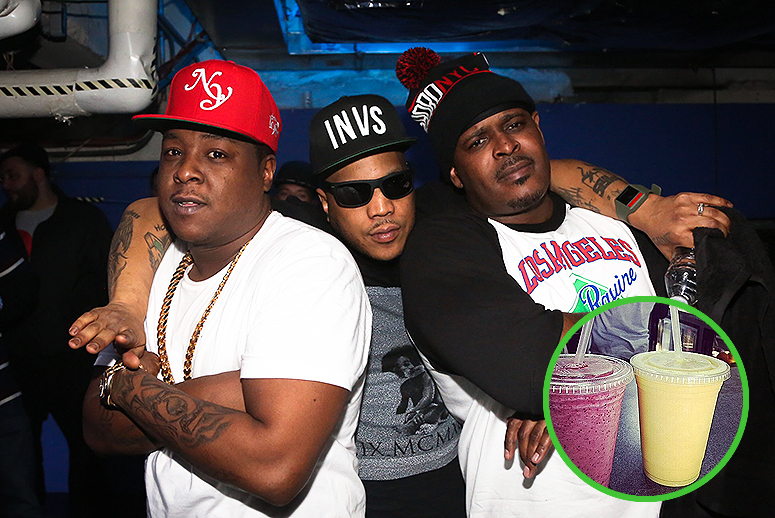 Styles-P and Jadakiss are proving that there’s ‘nothing soft about juicing.’

Growing up in Yonkers, New York, rapper Jadakiss says, “walking down the block in the ’hood, it was nearly impossible to find something healthy to put in your body.”

Now, he and Styles P, fellow member of the rap group The Lox, are trying to sell not only records but healthy juice too. The pair, who are profiled in a new video from Elite Daily, opened their first Juices for Life in the Bronx in 2011. They now have a second location in Yonkers, making it easier to find something healthy on the streets where they grew up.

In addition to serving healthy juices made from fresh fruits and vegetables, they’re targeting “the ’hood,” as Jadakiss says in the video, to “educate people on health awareness.” In the Bronx—which is 43 percent black, according to 2010 census data—the childhood obesity rate is nearly 32 percent, compared with 18 percent nationally.

Other efforts to address food-access issues in the neighborhood—such as opening a full-service grocery store—have failed to make a dent in the obesity rate. “I’m not surprised that one supermarket didn’t make a difference. It’s such a vast problem, it’s kind of like a Band-Aid on a heart attack,” Michelle Friedman, communications director at the New York City Coalition Against Hunger, told TakePart earlier this year. The thinking is that education and cultural changes are needed before people will take advantage of new retail access.

With its focus on outreach and the unquantifiable power of a figure like Jadakiss proclaiming “there’s nothing soft about juicing,” Juices for Life may be more successful at becoming part of the culture of the neighborhood—and getting more people to consume its healthy foods.