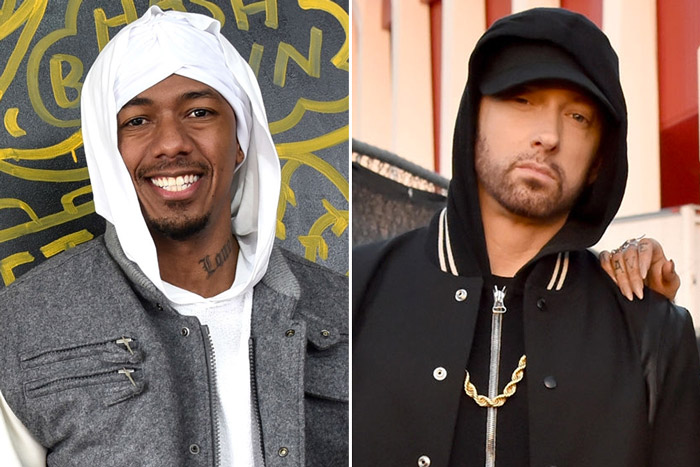 Nick Cannon has declared victory in his ongoing rap battle with Eminem. One week after the Detroit rapper reignited their decade-old feud, the TV and radio host took to Twitter to crown himself the winner.

“@Eminem I won!!!!” Nick tweeted on Thursday. “This has been fun now back to your regularly scheduled programs.”

Eminem dissed Nick and his ex-wife Mariah Carey on Fat Joe’s Family Ties track “Lord Above,” prompting Nick to respond with a pair of disses, the Suge Knight-assisted “The Invitation” and “Pray for Him.”

While Slim Shady never returned fire, he did respond on Twitter after Nick claimed that Em’s chauffeur had footage of him engaging in oral sex with a man.

“U mad bro? Stop lying on my dick. I never even had a chauffeur, you bougie f*ck,” tweeted Em before adding, “I demand an apology Nicholas, you’ve made my gardener so jealous!”

Nick invited his rival to battle it out on his MTV show “Wild N Out.” “Fuck Apologies! Pull Up!! Bring your gardener, chauffeur, your male nurse and whoever else you’re fucking!!” he tweeted.

Their beef dates back to 2009 when Em dissed Mariah on “Bagpipes from Baghdad” on his Relapse album. The pop diva responded with her own Shady-inspired track, 2009’s “Obsessed.”

50 Cent and Joyner Lucas also spoke out in Em’s defense, with Lucas threatening to unleash Kendrick Lamar, J. Cole, Big Sean, and other MCs on Nick.