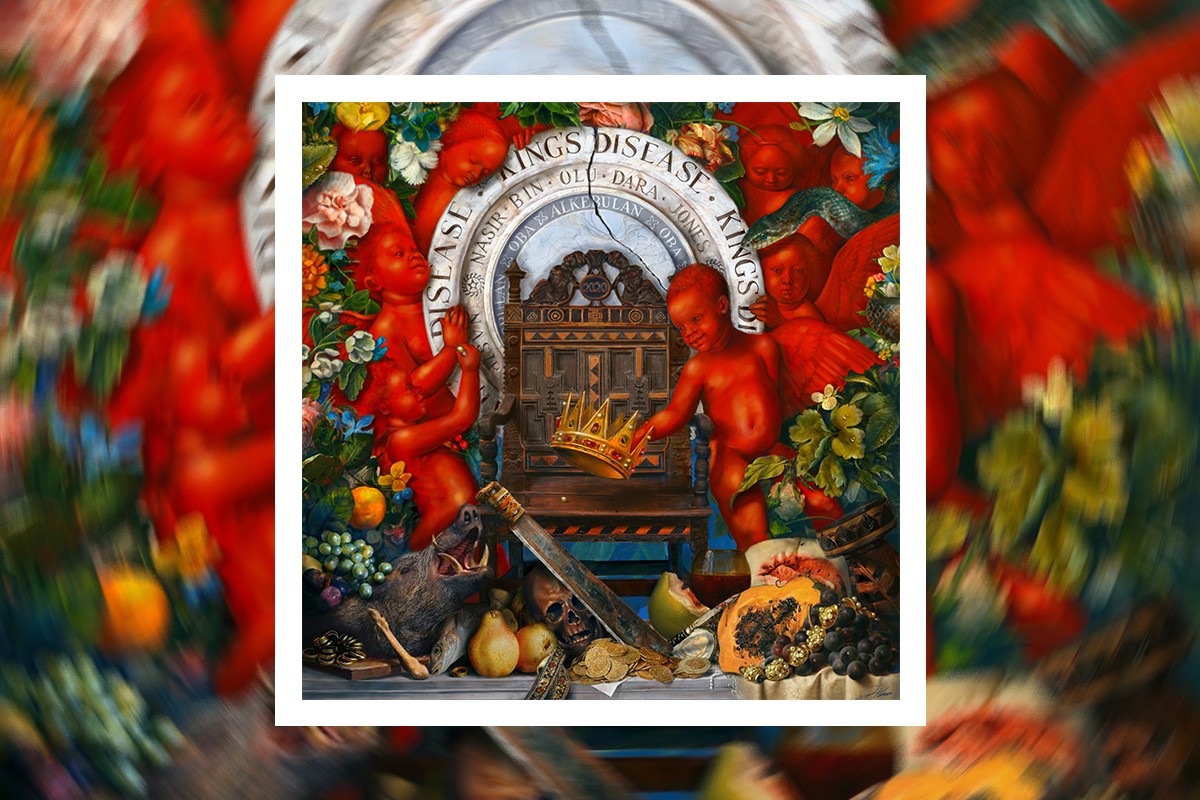 A track that celebrates the Black community, “Ultra Black” hears the rapper speak on perseverance and pride despite the system. “Occassion, we rose to that,” he narrates, even harking it back to his 1994 hit “The World Is Yours” with the line “My son will be my resurrection.”

The upcoming project is set to feature 14 tracks with an additional bonus cut and follows the rapper’s Kanye West-executive produced album Nasir from 2018. Nas was also recently spotted cooking in the studio with Dr. Dre, although it remains unconfirmed if their newest collab will appear on King’s Disease.

Sharing a short yet exciting teaser on Twitter, Nas explained that he had been trying to link up with Hit-Boy for years. “We finally got that timing… that alignment,” he said over clips of them in the studio, adding that he’s immensely proud of this new project.