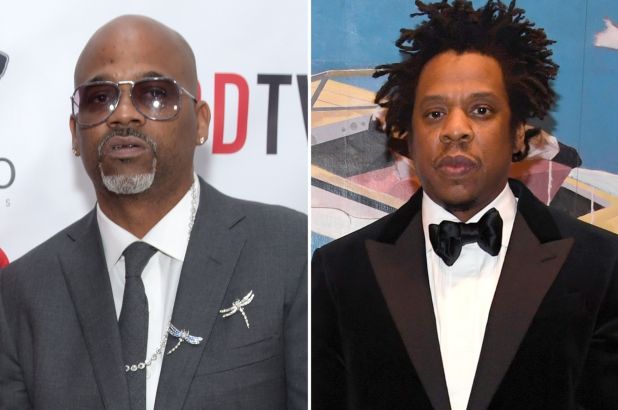 By Jessica Bennett for Page Six

While Dame Dash has expressed his disappointment in former business partner Jay-Z before, the mogul truly didn’t mince words during his latest interview.

Dash, 48, went on to address Jay-Z, 50, allegedly telling music executive L.A. Reid that he wanted to run Roc-A-Fella — the legendary hip hop label founded by all three of them — without Dame and Biggs. At the time, Reid was head of parent label Def Jam.

“We was like ‘damn!’ [it was] out of left [field]. And when I had the conversation, he was like, ‘Yo, I want to look like a boss. I can’t look like a boss around you.’ I thought that was dirty.”

“It was dirty business, and that’s how I feel. Anytime you ask me. I’m not salty for life, but with him, yeah, I’m salty. It was wack, and look, there’s no more Roc-A-Fella. It’s just him! Where is Roc-A-Fella? It’s him, it’s Kanye and who else? Everyone works for them.”